Kemono Friends and the magic of anime

Sometimes, anime is magic. There are many forms of this magic, and we saw a number of them this year, as we usually do; there were touching stories, dramatic spectacles, quietly true to life works filled with little details, emotionally wrenching scenes, shows that are over the top in the best way, and quiet meditations on life delivered by blobby characters in deliberately scratchy backgrounds. But one of the ways that anime is periodically magic is that it can completely surprise us, with a show coming from left field to be excellent.

(Aroduc used to mention one example in his season previews as a cautionary note to not base too much on preview impressions.)

These surprises are one of the reasons that I keep watching anime. When they happen, they're magical; what once looked like dross is transmuted into unexpected gold. It's an unlooked for present that usually leaves me stunned and awed and glad that I was there to see it. And there's a joy in it beyond myself, because it means that the people who made the show have achieved something beautiful in their work and I have to imagine that that's a great feeling for them.

Kemono Friends did not exactly start out promising, seeing as it was a CG anime made on a shoestring, by a tiny team who'd done almost nothing, with the premise of a basic kid's show, based on a mobile game about animal girls that had failed before the show started. Early views were strikingly down, for example Bobduh's capsule summary of the first episode:

Kemono Friends is a simplistic show for very young children starring grotesque CG. We are still multiple categories from the bottom of this list.

(Like many other people, Bobduh would wind up changing his mind on the show.)

Then the show's astounding qualities began to show through, probably first in Japan and then later in the west as news and buzz spread. Despite everything we did think initially (and for good reason), improbably and absurdly Kemono Friends was really good. More than good, it was excellent. The janky CG ultimately didn't matter when set against its honest sincerity and heart and the skill of its creators that let it pull off story beats that few shows can manage and deliver thrilling drama. Yes, it was a kid's story, but it was the best sort of kid's story, one of the ones that have significant depths and moments of great emotional impact for everyone. One of the kid's stories that are magical.

(The best kid's stories understand that you cannot talk down to kids; kids are just as sophisticated consumers of stories as adults are, they just have different tastes. Good kid's stories are made with just as much care and good writing as good adult stories.)

This year, Kemono Friends embodied the magic of anime, the magic of delivering a complete, unasked-for, unpredictable surprise of a beautiful, thought provoking show that I'm glad that I was there to see and that has left an enduring impression on me. To quote Bobduh again:

I don’t know how Kemono Friends exists, but it feels to me like a perfect example of why we watch anime at all. Sometimes the best stories come in the most unlikely packages. Well done, Kemono Friends.

So here's to you, Kemono Friends, and everything and every moment you earned with your heart and hard work. 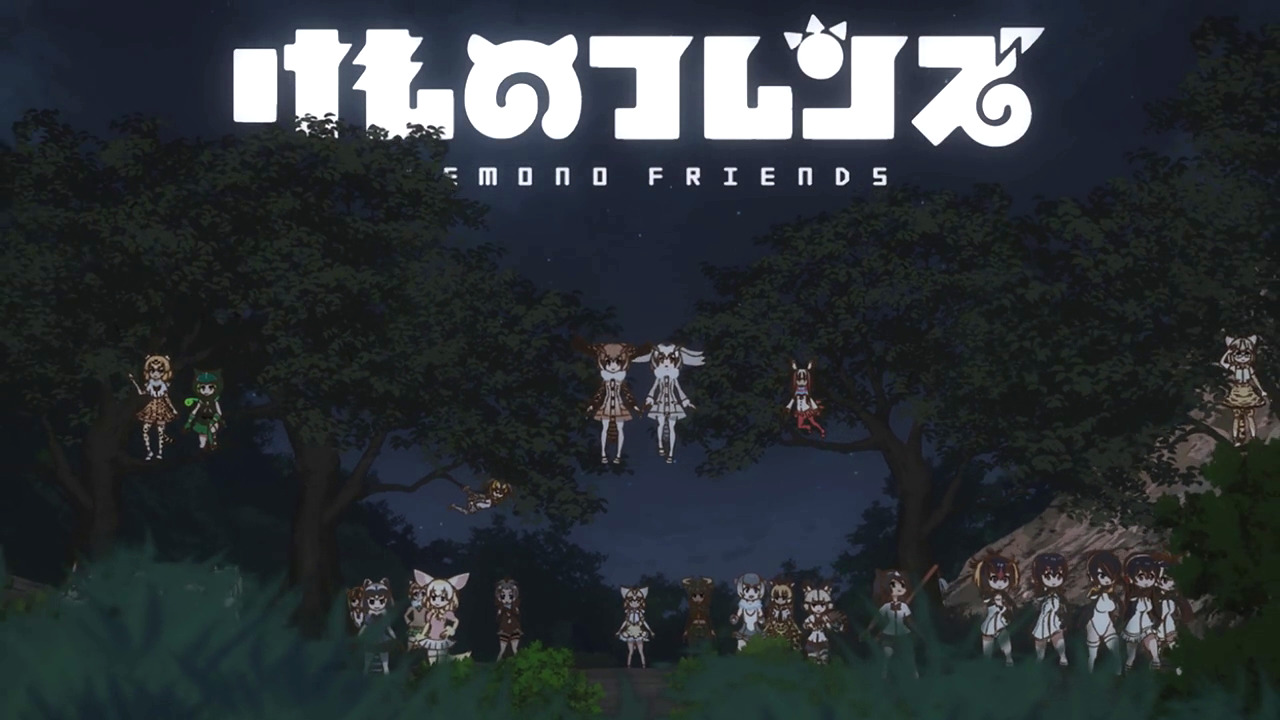 Merry Christmas everyone, and welcome to Japari Park.