Flying Witch shows me the limits of analysis

As an anime watcher, I typically seek out drama, by which I mean shows where something is happening and going on; often this means action of some sort, although not always. The further a show goes from drama the less likely I am to like it. I also tend to look favorably on shows that try to tell big stories with their drama, even if they don't entirely succeed (Concrete Revolutio is one example this year).

Flying Witch doesn't fall into this pattern. It has almost no drama as such (things happen but they're little self-contained things), and about the only thing that would normally attract me to it is the fantasy elements (which are a reliably way to get me to look at shows with otherwise ordinary settings). But I loved it in the spring season and it remains one of my favorite shows of the year. While not flawless, it was almost always fun to watch, it made me smile repeatedly, and it had a number of great moments of wonder and magic.

When I wrote my spring retrospective I attributed the show's success with me to 'execution', and when I was initially outlining this entry I was going to use Flying Witch as a springboard to praise shows that have modest goals but execute on them extremely well. But what does 'execution' really mean here? Can I actually put my finger on technical and story aspects that Flying Witch does so much better than average? The more I thought about it, the more I wound up feeling that when I said 'execution', what I really was doing was trying to find some reason that I liked the show so much when I didn't expect to. I couldn't find anything in specific, so I was attributing my liking to the intangible concept of 'execution' without being able to put my finger on anything concrete.

(This isn't to say that Flying Witch doesn't execute well; it very much does. It stages scenes very well, it looks beautiful, it has a great sense of place and of imagination, its comedic timing is spot on (as is its timing in general), and so on. But it does not have the kind of startlingly high quality execution that, say, Sound! Euphonium does. Regardless of what you feel about the story, Sound! Euphonium regularly knocks your socks off purely on a visual basis, and Flying Witch never did this in the same way.)

I'm someone who likes analysis on the whole, sometimes to excess. It helps me understand why a show works or doesn't work, and good analysis from other people can show me neat or important things that I hadn't realized (or hadn't consciously realized) when I was watching the show. But in thinking about Flying Witch here, I have come to really appreciate that analysis has its limits in trying to explain why I like a show.

Sometimes I just plain and simply like a show, and not only is that is all there is to it, that is all there needs to be to it. In the beginning and in the end, I'm here to enjoy the shows that I watch and a show that I enjoy is sufficient in itself; even to myself, I don't need to find reasons or justifications for my enjoyment. And I very much enjoyed watching Flying Witch, even if I can't tell you why in any coherent way. 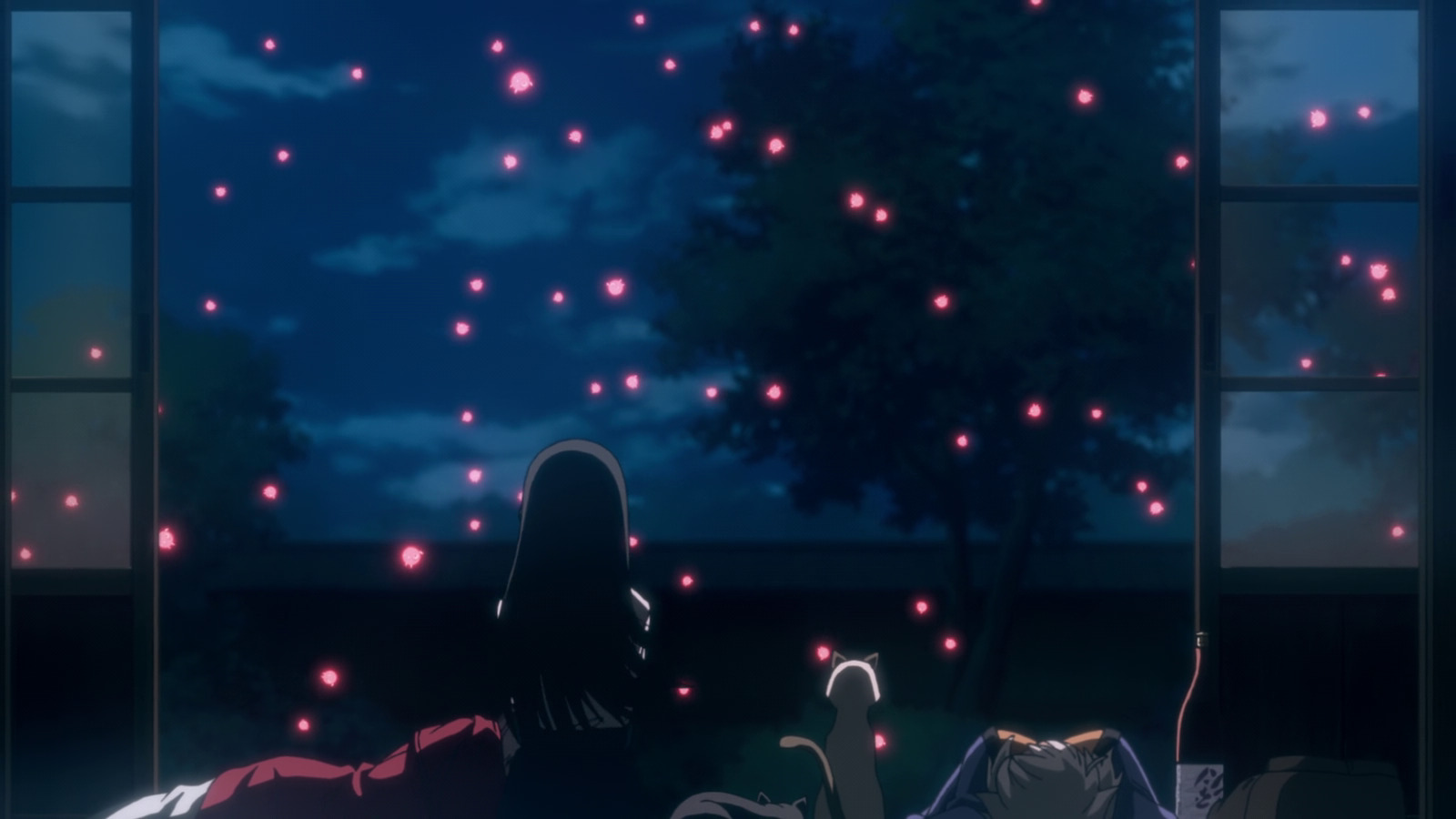