An appreciation for Laid-Back Camp and Shima Rin

Looking back, I think that I fell for Laid-Back Camp right from the real start of the show, after the first episode's OP. The whole sequence of Shima Rin biking along (on a compact bike, loaded down with gear) through the autumn surroundings, then setting up camp and settling in, all amidst quiet beauty and just in general quiet was compelling for all sorts of reasons. I like seeing people set up things like this, and the show loved camping (complete with its little educational interludes) and the surroundings, and the whole thing was quiet and unhurried, but beyond all of that it just worked for me. Then the whole thing wakes up and makes me smile when Nadeshiko walks into the scene; it's a different feel entirely, but no less enjoyable.

I don't have a nice pat answer for why Laid-Back Camp is a show that I enjoy so much. Instead it is a show much like Flying Witch, where I simply like it without being able to completely articulate why. However, I can put my finger on some of what I find so appealing, because out of all of the characters and all of the activities in Laid-Back Camp, what I'm most drawn to are Shima Rin's outings, especially her solo ones. Like Shima Rin, I think of myself as a bookish loner, and I have enough experience of the outdoors to appreciate and enjoy her camping adventures (even if I have no desire to emulate them, especially in cold autumn weather). And the show is more than willing to let the surroundings speak for themselves on Rin's trips, lovingly dwelling on the outdoors and making the situation seem inviting despite the temperatures.

But Shima Rin is not precisely a loner. Even if she doesn't camp with other people very often, she's connected to them through her cellphone (as covered very well in @SpiritusNoxSA's great article) and through direct friendships and interactions. In many ways the heart of the show is this slow growing interaction, especially between Rin and Nadeshiko, who is herself a solid and appealing character.

The obvious heart of Laid-Back Camp is the simply gorgeous sequence in episode 5 where Rin and Nadeshiko text photos of their respective beautiful night-time views back and forth, comfortably separate and together at once. But for me, the bit I will remember most strongly is the epilogue at the end of episode 12, where Nadeshiko goes solo camping, exchanges texts with Rin (who is also solo camping), and then Rin reveals that she's at the same campsite. To me, it says so much about both Rin and Nadeshiko, and about how both of them they have both changed and not changed over the show (and also).

I may not know why I like Laid-Back Camp, but I do know that it lives in my heart, like a warm campfire at night. So here's to you, little show, with all your warmth and funny moments and great characterization and goofyness and quiet and beauty and contentment. 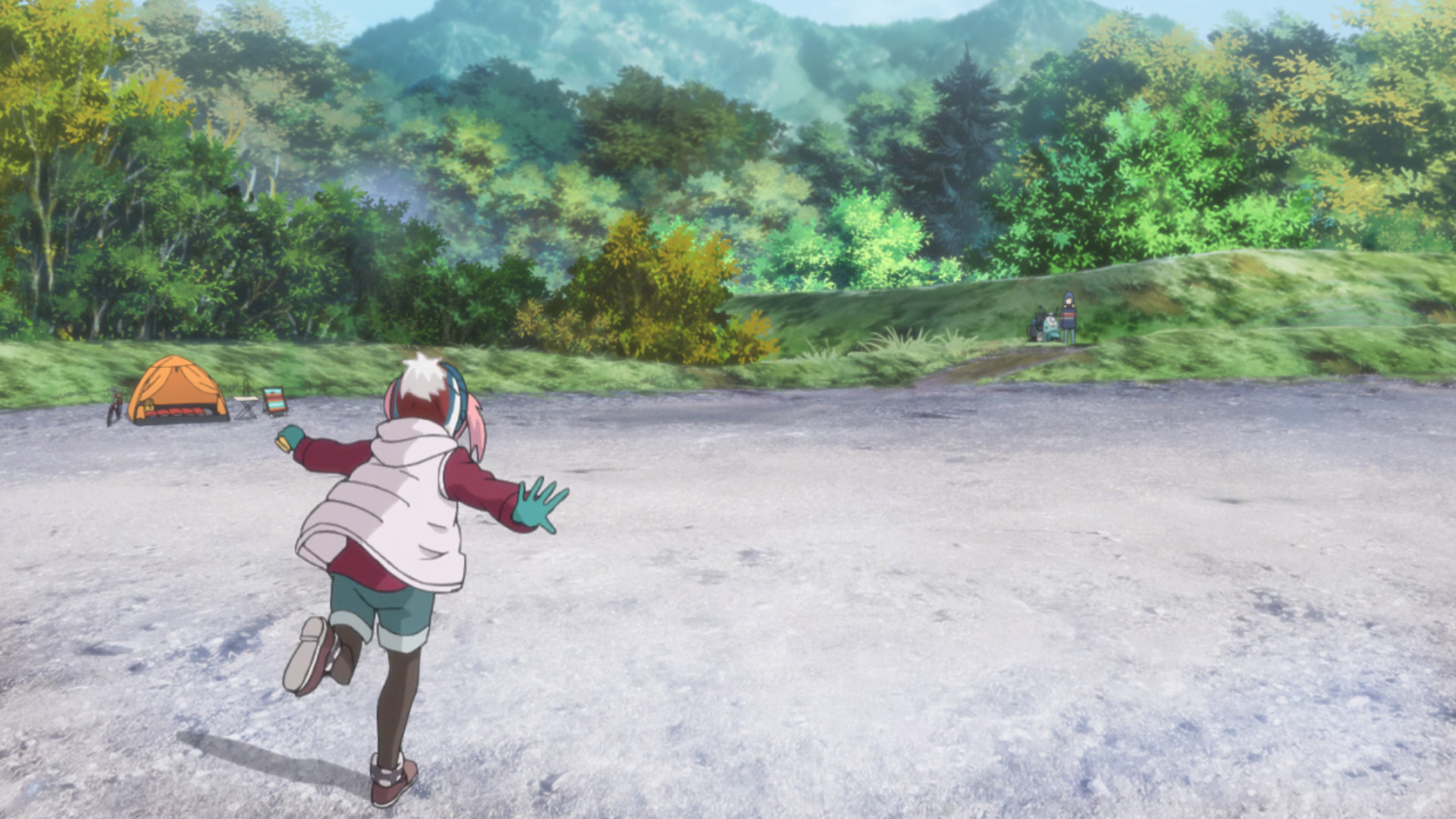 (The OST is pretty great, too. Laid-Back Camp's background music is an important part of its mood, and its mood is a big part of why it works so well.)

PS: It's not completely clear if Rin's and Nadeshiko's bikes are folding bikes or merely ones with small wheels and frames, as we never see them folded. But there's very little reason to make a non-folding compact bike, so I rather suspect that they are folding bikes.

PPS: Yes, that bikes feature in Laid-Back Camp is indeed one thing that initially attracted me to it. Sometimes I'm a sucker for bikes, although not for bike racing.