A moment where SSSS.Gridman exploits distorted camera perspective and superdeformation

(There's a bit of a spoiler for SSSS.Gridman here.)

One of my ongoing interests is things around the anicamera, the imaginary camera that 'films' anime, and along with it the various deliberate artistic distortions animation uses (including in CG), such as smears and super-deformed things. Studio Trigger is of course no stranger to any of this, as anyone who's watched their shows like Space Patrol Luluco or Kill la Kill knows, and so it is not surprising that various aspects of both of these show up regularly in SSSS.Gridman.

So, for example, there's this beautiful shot from episode 10: 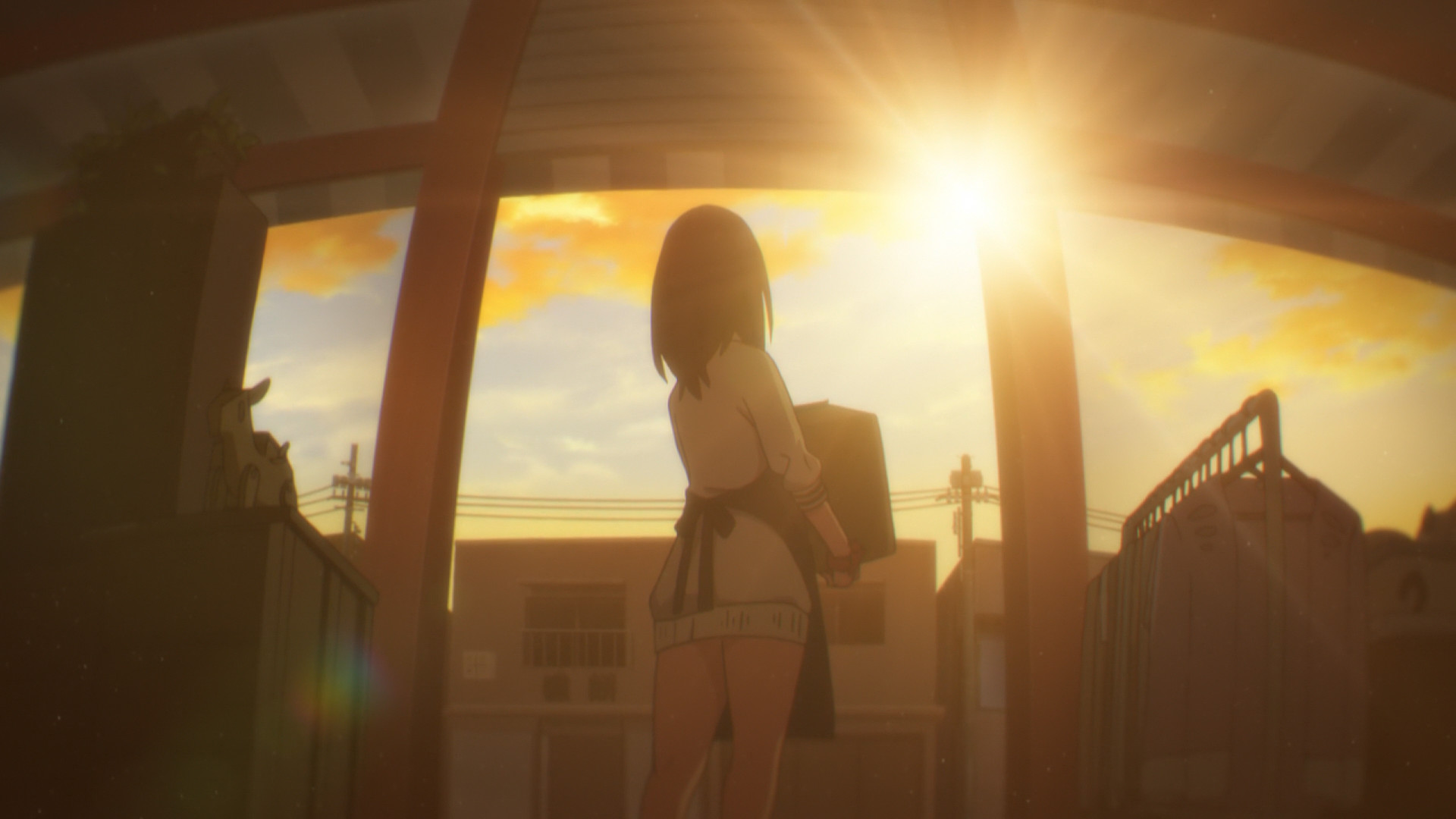 But the case I really want to talk about is from SSSS.Gridman's sixth episode, where Yuta meets a little kid who wants to talk to him (and yes, this is kind of dim, as they're in an alleyway; the kid is on the right): 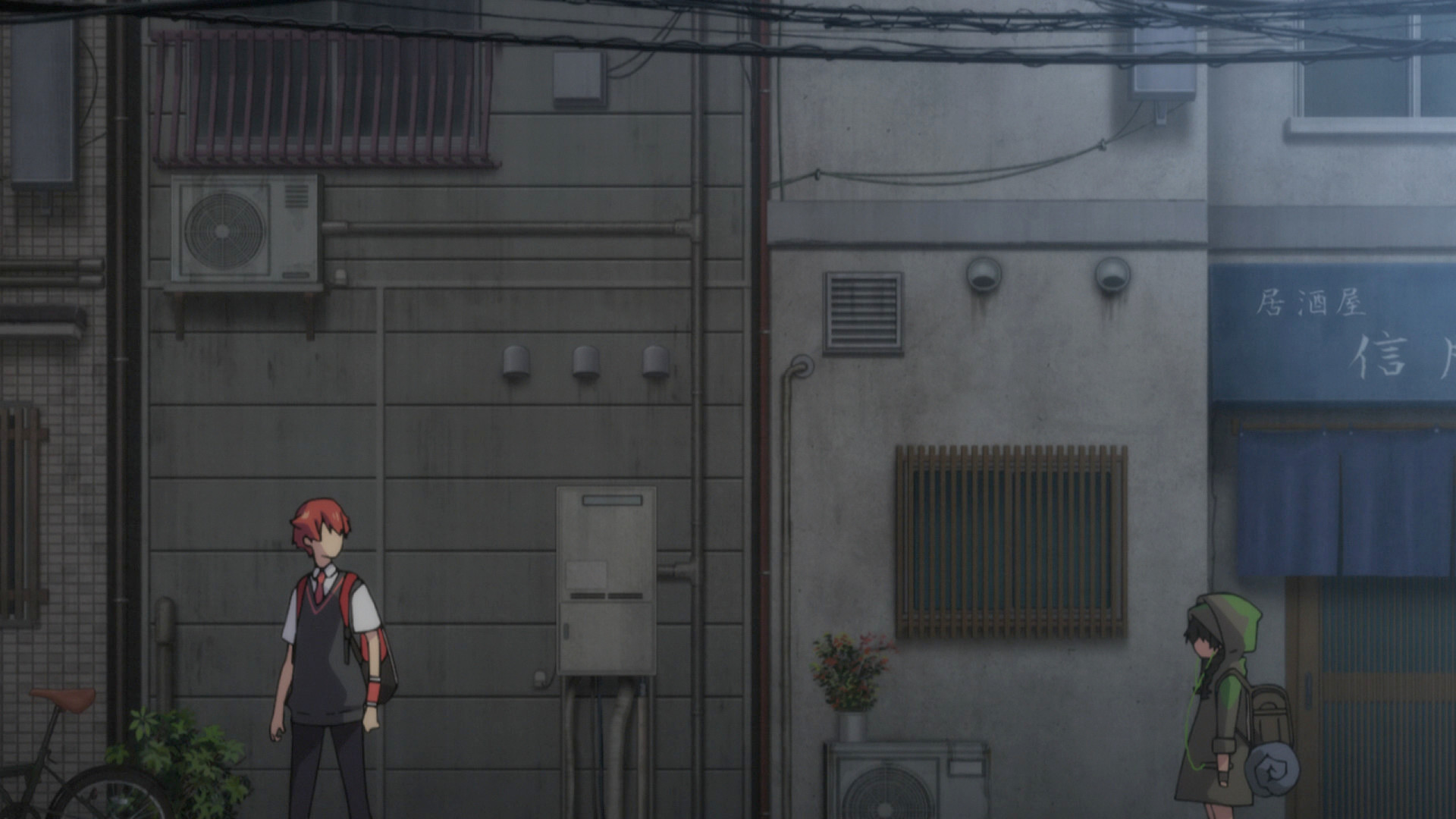 She really wants to get Yuta's attention and Trigger winds up giving us this classical looming, super-deformed shot: 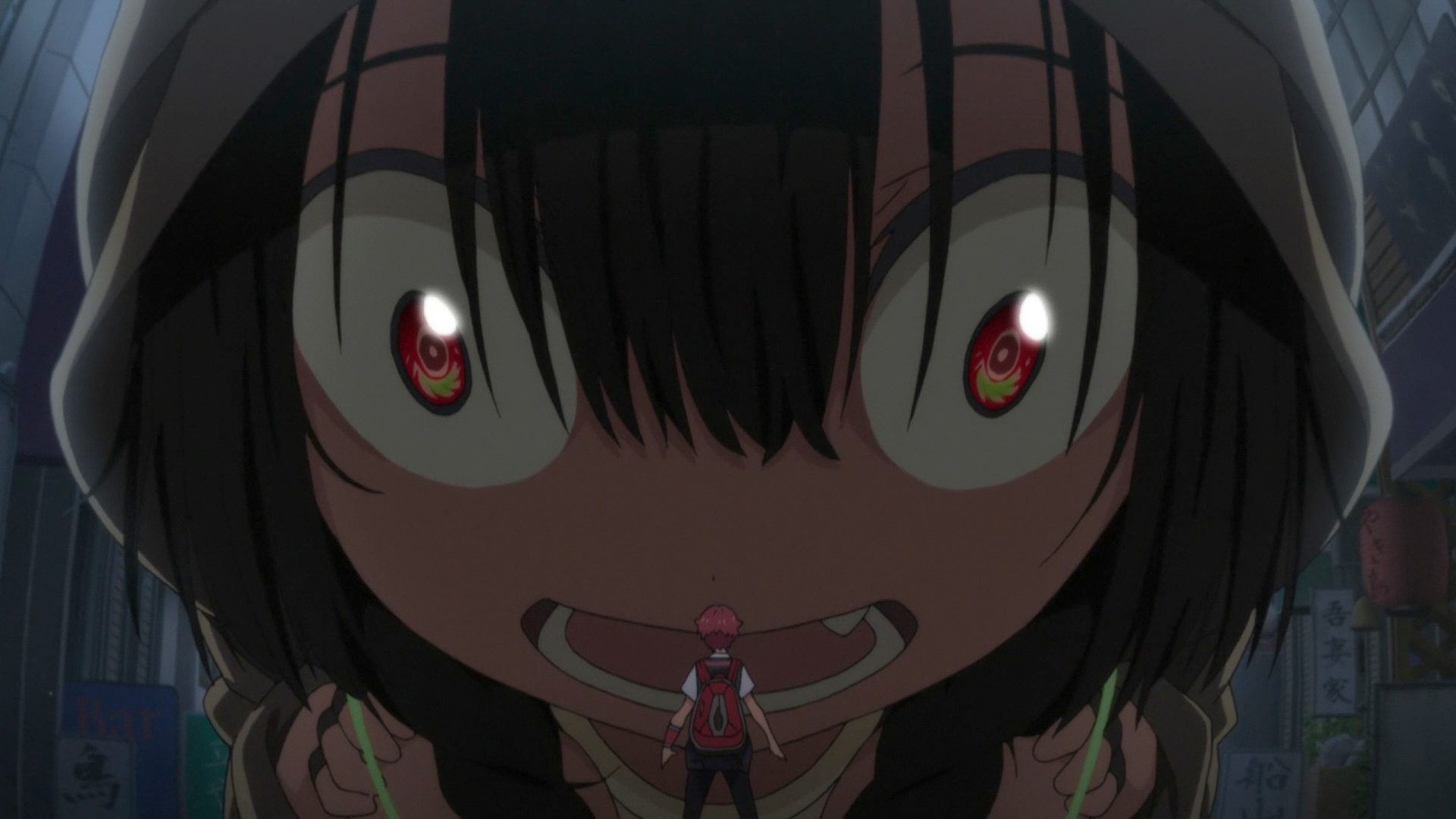 Ha ha, no. That's not super-deformed. She's a kaiju. 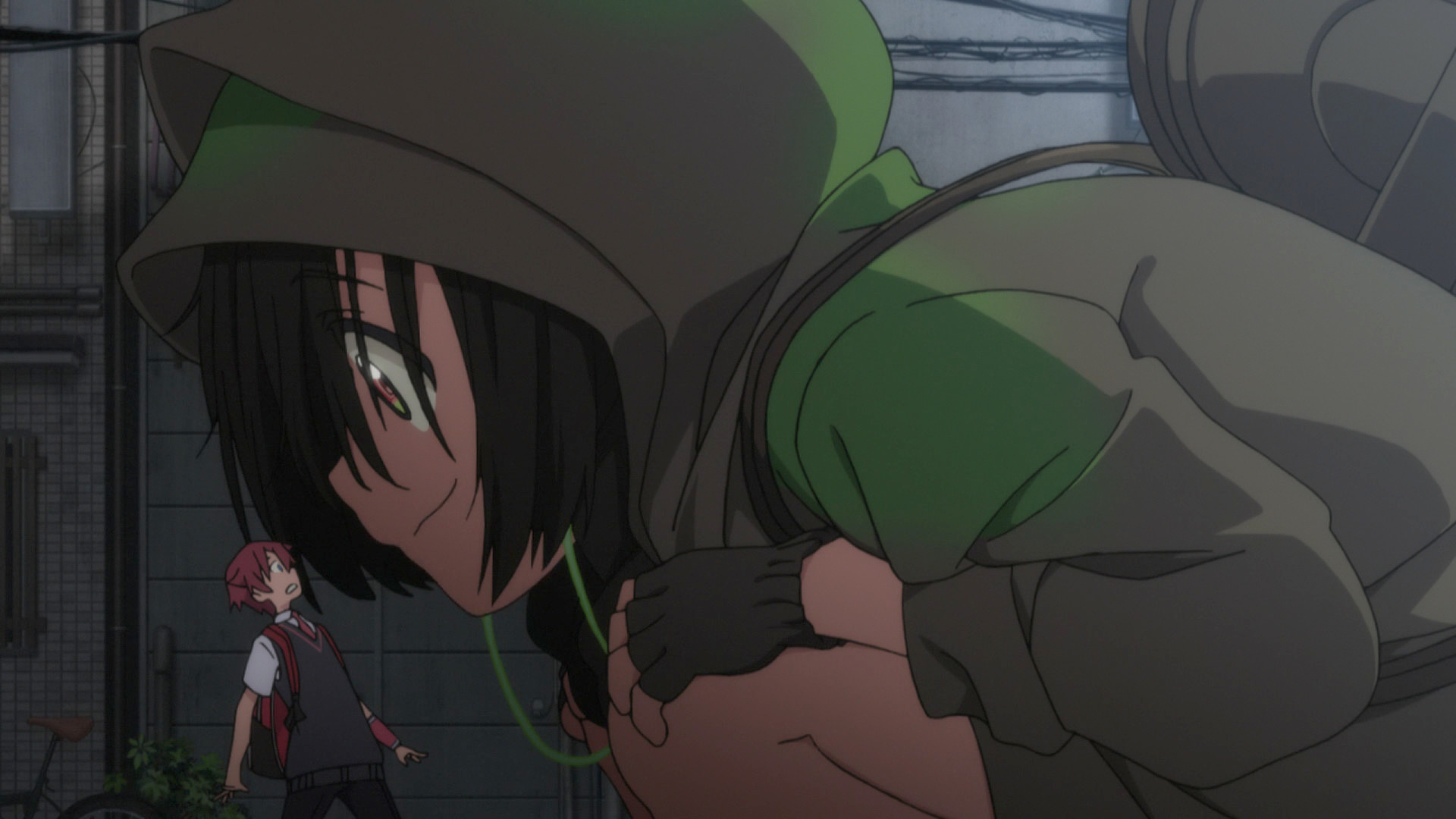 To be fair, she told us that she was, and there was some advance visual warning as the scene unfolded (eg the shadow here). Trigger didn't spring this on us by complete surprise, however funny and startling that might have been; instead they built up the atmosphere for an unsettling moment. But it was still a pretty startling moment for me, and probably for a lot of viewers. Everything in our anime viewing pushed us towards a reading of that first looming shot as being exaggerated and super-deformed, not literal. And then SSSS.Gridman cut away to confront us with the unsettling reality.

That's why in the title of this entry I used 'exploited' instead of 'used'. Trigger did not actually use superdeformation here; instead they deliberately exploited our expectations of it in order to give us a startling moment.

(There is probably a bit of implicit wide angle distortion going on in the looming shot, for impact, but in a comedy SD moment it would be exaggerating the SD looming.)

PS: The revealing side shot is unrealistic in a normal cinematographic way, because the characters are nominally in a pretty narrow alleyway. In real life there's no way you could back the camera up enough to get that sort of normal perspective shot from the side without running into the side of the alleyway, so you'd have to do this on a soundstage. Which is of course routine in films.