One little moment from Akagami no Shirayukihime's second season

I was not as enthused about the second season of Akagami no Shirayukihime (aka Snow White with the Red Hair) as I was of the first season, as I mentioned in my winter season retrospective. But as I also said, the second season gave us some excellent episodes and excellent moments in those episodes. Even now I remember some moments in particular, and so here is one of them, from episode 20 (the 8th episode of the second season).

Shirayuki has just been rescued from the pirates, and people are relaxing and holding a party in the village of the Lions of the Mountains. She and Zen have a moment as Zen escorts her to her room and gives her the room key: 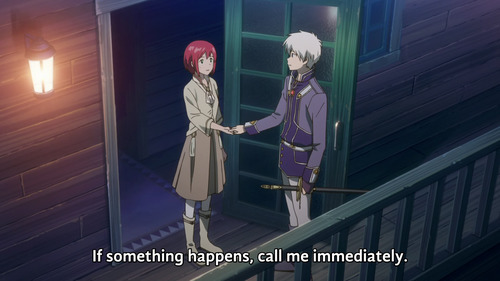 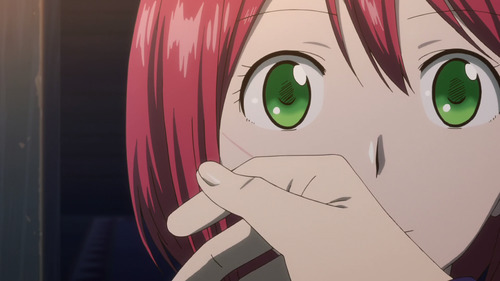 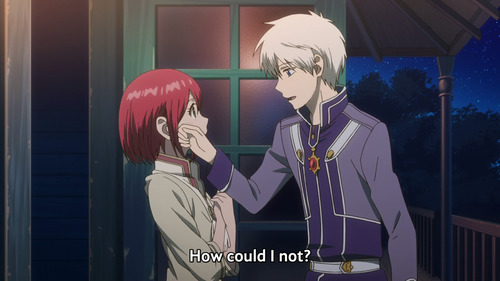 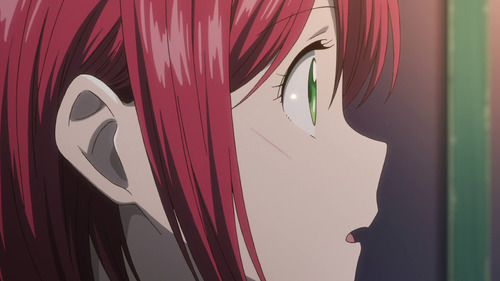 Episode 20 had a lot of little moments, but this one especially stuck in my mind. It's so brief yet so sharp, as Zen's polite mask slips for that moment to let his feelings and worries show honestly. It's far more openness from Zen than Shirayuki expected from her pro-forma standard remark.

Sometimes being Zen is hard. Things just happen with Shirayuki, and he must chase after her, hoping that nothing too bad has happened to her this time around. I'm pretty sure there's more worrying in his future.

(I was reminded of this moment and inspired to write about it by @iblessall's 12-days post on Shirayuki-hime. This is a 12-days post.)